Exhibits from the Maxted Collection of Cloacopapyrology


The main aim of the serious cloacopapyrologist is not to build up a collection of scatological material and unfortunately toilet paper is all too frequently a medium for precisely such outpourings. Nevertheless it is an aspect of the cultural nexus of the product which the impartial observer has to reflect, and so the following examples are presented without either apology or approbation. 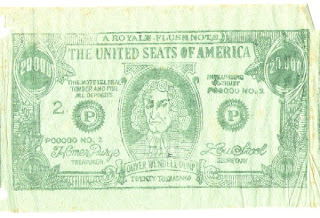 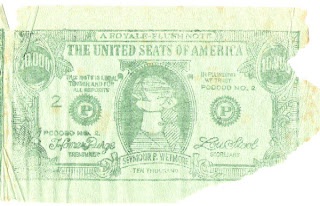 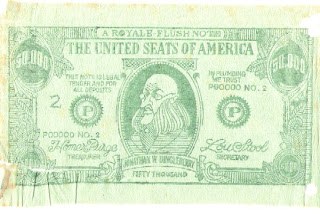 Unnamed roll with approximately five examples of lavatory humor se tenant.
[sine loco], c.1960.
Don't sit here all day thinking about that £75,000
If at first you don't succeed, try, try again
Don't drop fags in the pan, it makes them wet and soggy and hard to light
Toilet paper touched a new bottom today
The only bloke who really knows what he's doing

Unnamed roll with approximately five examples of lavatory humor (different from and probably later than the preceding) se tenant.
Croydon Library bindery, 1969 has the following order:
What's more, he expects us to keep on typing
I just tell 'em I'm too young to read
Psychiatrist has a silent 'p'
Goodbye cruel world
Put your drawers down here

Variant, "She office, 1969, has cartoons in following order:
Sorry no change
Goodbye cruel world
Put your drawers down here
What's more, he expects us to keep on typing
I just tell 'em I'm too young to read 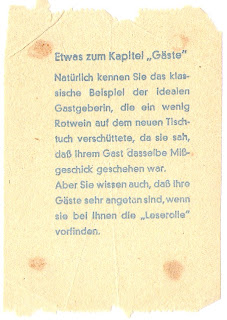 Leserolle
Hamburg, c.1964. Each sheet contains a different inscription - according to the owner who had completely unrolled it.