For details of the scope of these imprint registers, see the introduction and key. 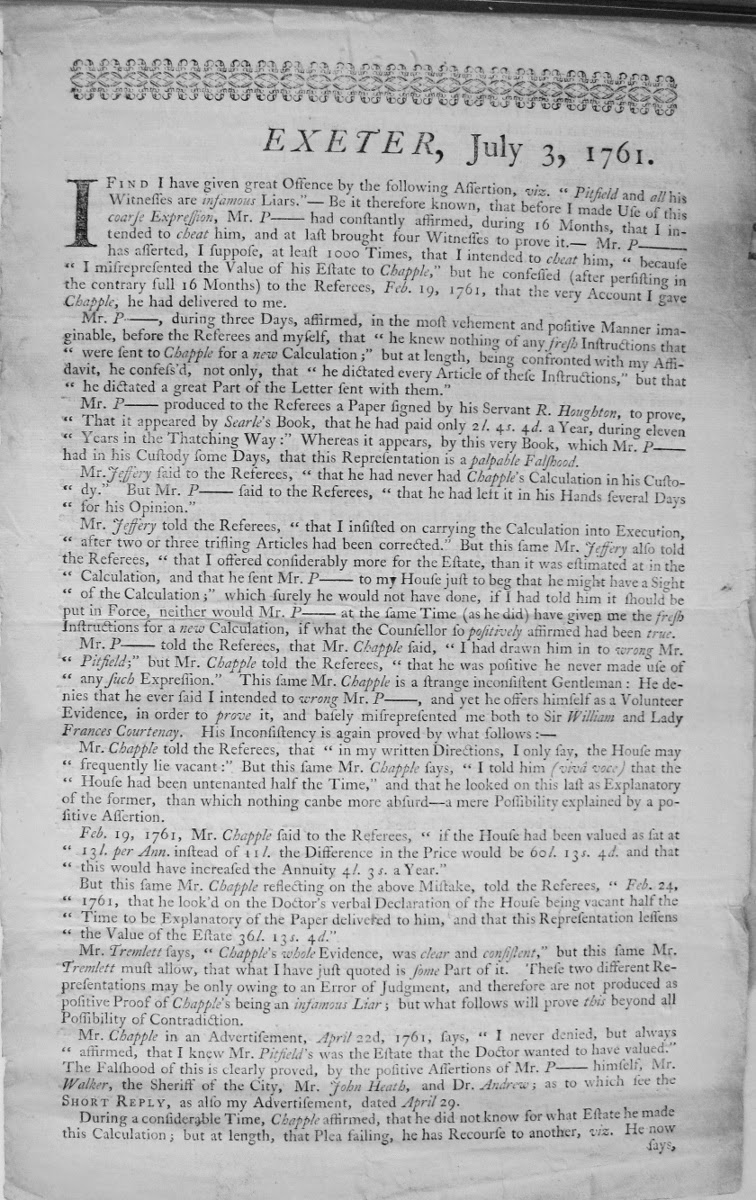 Exeter. Spencer, John. 1765. Printer. ANDREW, John. The practice of inoculation impartially considered; its signal advantages fully proved; and the popular objections against it, confuted; in a letter to Sir Edward Wilmot, bart. By John Andrew, M.D. To which are added the sentiments of Dr. Huxham and several other very eminent physicians relative to the said practice, as communicated to the author. - Exeter : Printed and sold by John Spencer; and sold also by the booksellers in Exeter; and by Messrs. Wilson and Fell, London , [1765]. - [2],x,71,[1]p ; 8°. - Dated at end: June 17, 1765. - *Dredge p.50 (Bibliotheca Cornubiensia); Davidson supp. p.21 (Secktor Lib.); Plymouth Institution p.87; ESTC t009239.

Exeter. Spencer, John. 1769. Printer. WILSON, Samuel. A scripture-manual: or a plain representation of the ordinances of baptism; designed for the use of all, who would answer with a good conscience towards God, and give a reason of their faith and practice, with meekness and fear. By the Rev. Samuel Wilson. - The third edition. To which are added An account of the Rev. Rutherford's convictions and exercises of mind respecting the invalidity of infant-baptism and the testimonies of learned paedobaptists. - Exeter : Printed by John Spencer in Fore-Street , 1769. - vi,42p ; 8°. - Bodl. G.Pamph. 1086 (5); AUC 2541W18.